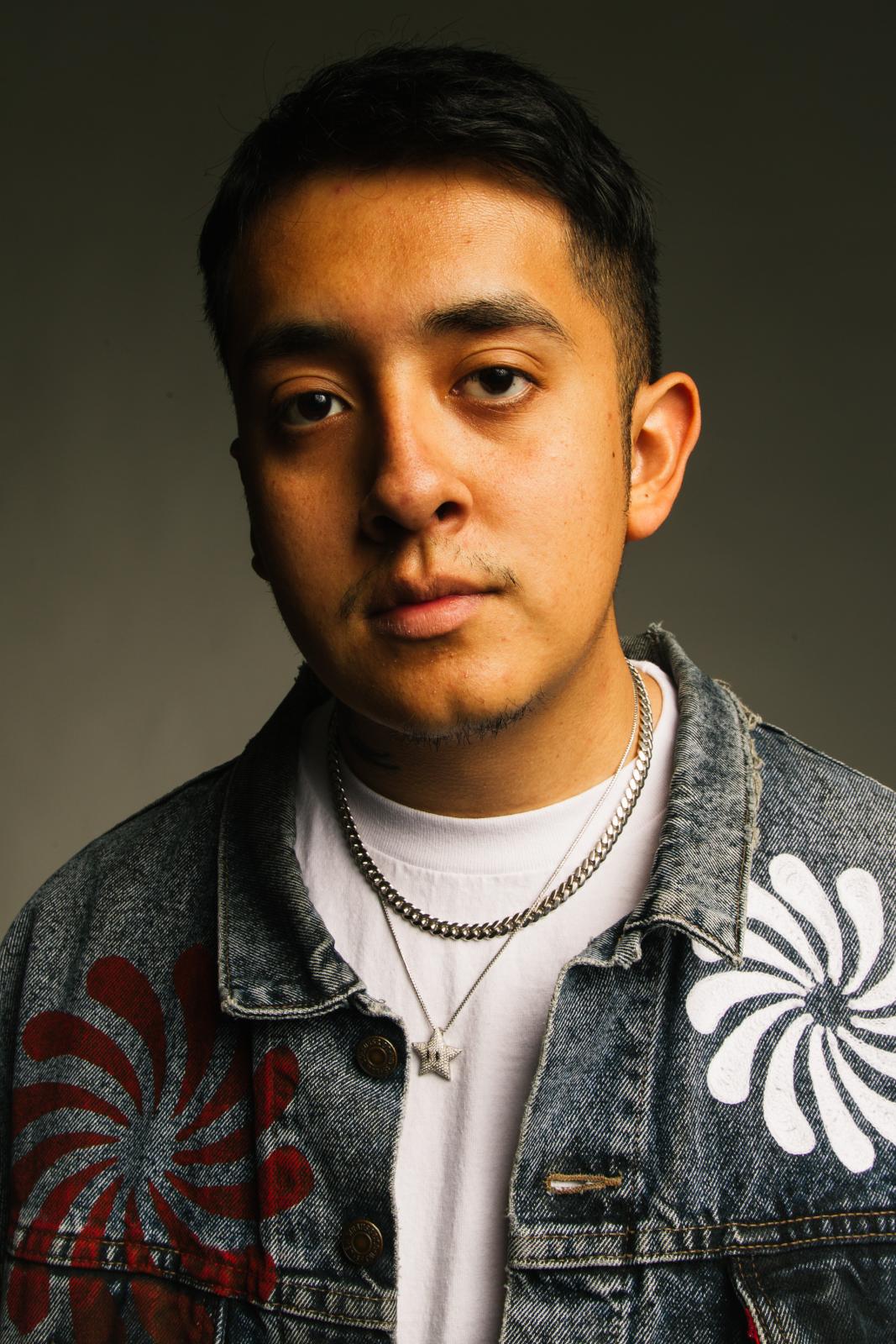 Sometimes the safest world to reside in–hide in–is the one you create yourself. For his second full-length studio album, Fantasy Gateway, Cuco did just that.

The time between Para Mí and now, which fell during the isolating lockdown of the pandemic, found Cuco facing himself—the good, the bad, and the ugly. Determined to become a healthier version of himself, he had to build a safe haven—starting from within. For the recording of Fantasy Gateway, Cuco planted himself in his parents’ native land of Mexico, specifically Mexico City, to explore all his selves—song by song.

Inspired by his “psychedelic experiences,” his second album places one in the middle of a  collision between “heaven and purgatory” and provokes one to question lucid dreaming. “I want to give a good feeling to people,” Cuco says. “A feeling that they’ve felt before, but they don’t know what it is.”

“I’ve always been an imaginative person, and found nostalgia alluring,” he continues, ”I remember memories that never existed, things that I never lived, things I have lived, and I think of the future as a past memory. That’s the fantasy gateway for me: being in a perfect place, but feeling discomfort.”

Sonically, Cuco brought on a trusted group of producers, who as a collective while in Mexico City, explored the concept behind Fantasy Gateway. Manuel Lara, Venezuelan producer,  songwriter, and engineer (Bad Bunny, Kali Uchis), was one of the producers enlisted to bless Fantasy Gateway, alongside Andres Rebellón, Julian Bernal, and Ian Fitchuk (Kacey Musgraves).

Together, they crafted a euphoric journey, from beginning to end. Soundscapes packaged as an  experience of eras, from ‘80s synth-pop, trippy pop (“Caution”) to dreamy ‘60s bossa nova and  samba (“Aura”)—an offering both familiar and experimental for Cuco, now “reaching a point where I feel comfortable experimenting without worrying.” Stand-out track “Sitting In The Corner,” featuring Kacey Musgraves and Adriel Favela, exemplifies Cuco’s range—mixing psych-pop and Norteño.

Cuco’s superpower is creating a conduit between cultures and generations through the  exploration of musical eras and candidly crooning of universal topics that bind. He centers his Mexican culture by interweaving his language (that pulls at heartstrings) and infusing Latin American genres introduced to many of us within our casitas growing up; the intimacy of such  expression offers a mainstream audience an invitation to get to know themselves. On Fantasy Gateway, “Decir Adios” is a heartbreaking ballad romantica that Cuco felt was a form of “closing a chapter of my life.” The 60’s influenced “Fin del Mundo” offers hope, leaving us questioning, “what if we lived forever?”

With each song, lyrically exploring topics of longing, acceptance, and bad habits, Cuco  confronted versions of himself he wanted to part with, kicking addiction and patterns of behavior  that placed him second in his own life. While being “hyper-focused” and having “a lot of room to  write. I feel like I was hearing myself for the first time. This made me want to do the changes I  needed to do—be a healthy individual because I deserve that.”

With simply crafting Fantasy Gateway, Cuco has already won; he’s fully, “expressing what I’ve  been through with music; it’s how I succeed in presenting issues in a beautiful way, rather than  destructive. I’m putting it all out there for people to listen to and relate to.”

More about the Artist

Looking for flights or a place to stay in Toronto?

Low prices for flights, hotels, car rentals, and all-inclusive packages! Our team of travel experts will create the best bespoke travel experience for you!